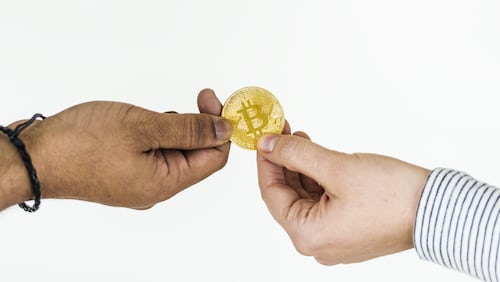 The bankruptcy of Vancouver company costs 115,000 clients a total of $ 250 million
A daycare owner who was trading crypto money from his basement lost $ 20,000 on the QuadrigaCX platform, which went bankrupt yesterday.

He is not the only one in this situation, 115,000people have seen their investment go up in smoke.

“It’s all my savings. I’m a student. I have four children. The daycare brings us barely $ 30,000 or $ 40,000 a year. You have to pay for everything that comes with it: the mortgage, the electricity and… machines “, complains Mohamed Lamine Chabane, owner of a daycare in Saint-Léonard.

Like hundreds of Quebecers, Chabane trusted the QuadrigaCX trading platform in British Columbia to buy or sell his cryptocurrency.

But for the past few months, he had found that the site had been slow to carry out its operations. When he learned that his founder died in December taking with him the only password that gives access to the money… he knew it was over.

At first, when Mohamed Lamine Chabane became interested in the cryptocurrency, everything was fine. He could pick up $ 2,800 a month to round up his month-ends on his six computers. His machines were running at full speed.

“My heat pump went off so hard,” he joked. But today, the story is less funny. In his Facebook group, his friends lost nearly $ 300,000 on the Vancouver platform.

“The people behind this have broken families. I can see it. […] “, laments the man, who takes the shock.

In the cryptocurrency, we sigh. The government is singled out for not doing enough to regulate this rebel industry.

Contacted by The Newspaper, the financial markets Authority (AMF) has indicated that QuadrigaCX is not on his ” radar rules “, because the site is located in British Columbia.

In addition, the AMF points out that crypto money funds do not fall within the definition of the Securities Act, which limits its action: “the AMF does not have the competence to supervise these crypto money funds. It is difficult, if not impossible, for us to do more than just warn, ” said Lise Estelle Brault, Senior Director of Fintech, innovation and derivatives supervision at AMF.

Smile in the mirror. Do that every morning and you'll start to see a big difference in your life.

%d bloggers like this:
We use cookies to ensure that we give you the best experience on our website. If you continue to use this site we will assume that you are happy with it.OkRead more